Born in 1981, Thoughts comes from a family of civil servants and hard workers. His father is a world renowned teacher and writer, and his mother is a hardworking nursing supervisor in one of the best hospitals in California. His sister is also accomplished as an ivy league graduate, dog lover, Bass player, and computer programming master. These people along with the love of his life, Angela, his constant companion, and his friends, have formed the man known as Thoughtsarizen. Gaining strength from his cultural heritage and his hard working grandparents who worked as farmers in the Black Hills, as restaurateurs in the North, entertainers in California, and as honest people world wide, he strives to make the world a better place, and brings values from generations passed to generations present.

Always a bright student, Thoughtsarizen took his love of poetry, philosophy, and literature and blended it with his love of music. His first foray was as a poet published in the Malibu Times at the age of 13. His second foray was as a song writer and drummer in the punk bad Government Asphyxiation when he was 16. At 17 he and his classmate and friend Robert Kegal picked up a microphone and recorded freestyles with beats ripped from Napster and played in an old Karaoke Machine. That started it all….

After a few years of this he moved to Huntington beach with his best friend and now wifey Angela, and met up with many people that also shared a love of hip-hop. OC was the start of him being very serious with his music the true beginning of his musical career. The time was 2001.

His first trip to an actual vocal booth, was with OC originators Jah Sun, and Zero One, and graf and visual artist Note One. He recorded a few songs including a collab with Jah Sun that was released bootleg style with 2 other songs on a CD-R entitled..”Just the beginning”.

He then meet upwith Ad Ross, famed DJ and producer for such greats as Jimmy Roach, Killah Priest and more. Ad believed in Thoughts and recorded and produced for him for the cause for many years, and to this day they still work together. He later formed a group with 2 of his friends MC Ponder and Simple One, and later DJ MOTOMONK called Simple Thoughts. They played all over California and with artists such as U-God, Percee P, KRS-ONE, LAUSD and more. Simple Thoughts released 2 albums, the official S/T EP and the unofficial “Sampler” both sold relatively well and included the Divine Forces Radio pick of the week “Spirit of Pride”. The group split up when Simple One went back to the Chi, DJ MOTOMONK went back to Japan, and Ponder and Thoughts felt it was time to call it quits after a few years of trying to recoup after the loss of two key members.

It was then that Thoughts decided to go it alone, and strive ahead. For even if no one was listening he still woke up everyday and wrote music, he still bumped hip-hop in his ride, he still looked through beat libraries, and he still couldn’t put down the microphone. Since that day Thoughtsone has worked with such greats as Akil, Awol One, Josh Martinez, Freestyle, Pumpkin Head, Ominous Words, C-Rayz Walz, LMNO, LD and Ariano and more.

Thoughtsarizens style is a blend of hip-hop with poetic lyrics with a dash of punk rock mannerism, such as the D.I.Y attitude that was so prevalent in the 90’s. He maintains the walk the edge of deepness and message, of light and darkness and of dope and just plain sickly ridiculous. Always trying new styles and always keeping up the flow, Thoughtsarizens releases vary from one to the next but are always quality and are always something new, and at all times something unique and amazing.

Currently working with LD on a trilogy of EP’s, Ariano on a collab LP, and Josh Martinez on a collab EP, he hopes to do big things in 2011-2012, or at the very least release consistent, solid, music for everyone, even hip-hop haters.

When everything else is gone, and all that remains is your words and your deeds, Thoughts hopes to, at least in a few people eyes, remain a name on the lips, a voice in the ears, and an unforgettable image to the eyes. 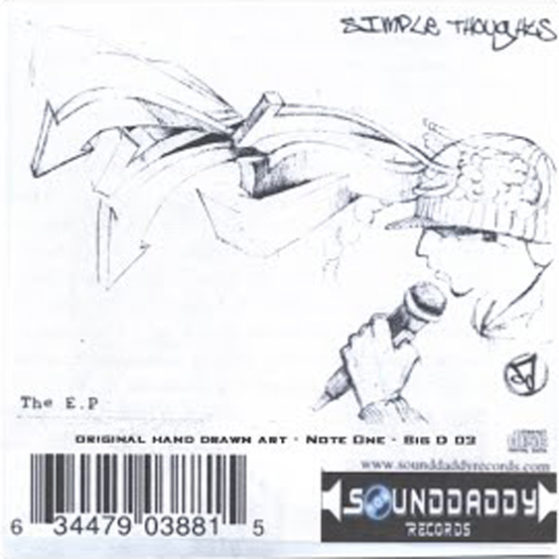 An understated intellect with fierce microphone presence, Thoughtsarizen rips lyrics and shows with savage vigor. Not a battle rapper, but an open minded, intelligent, artists and writer who tries to test his limits in the genre know as Hip-Hop.